A South Sudan where international provisions in standardization, conformity assessment, quality assurance, metrology, testing and technical regulations are implemented in all the sectors of the economy to enhance prosperity for all

From SSMO To SSNBS (Our Background)

South Sudan National Bureau of Standards (SSNBS) commenced as Sudanese Standards and Metrology Organization (SSMO) in the Sudan. The SSMO was established through the Ministry of Cabinet Resolution No. 287 dated 1992, Presidential Decree issued on 10th November 1992 and National Assembly Resolution No. 68 dated 1993. It was housed too within the Ministry of Cabinet Affairs, Republic of the Sudan.

The South Sudan National Bureau of Standards (SSNBS) was first established as a Directorate of Grade &Standards of the Ministry of Commerce, Trade and Supply in 2006 vide Republican Decree through Council of Ministers’ Resolution 116/2006 and later created as a full fledged Bureau in 2012 via SSNBS Act to take charge of development of standards, inspection and quality assurance&, and metrology, testing and calibration services in the Republic of South Sudan

Arising from the mandate and in accordance with SSNBS Act 2012 & Weights & Measurements Act 2012, the SSNBS Functions are to:

The SSNBS is tasked to achieve the following policy (Strategic) goals: 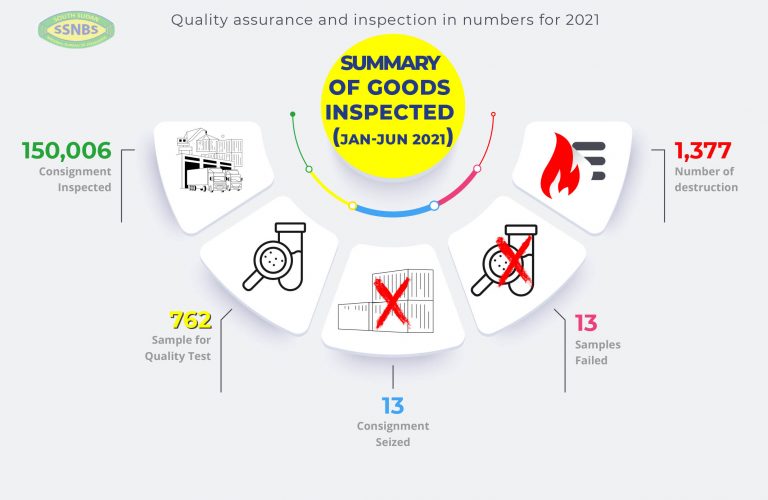